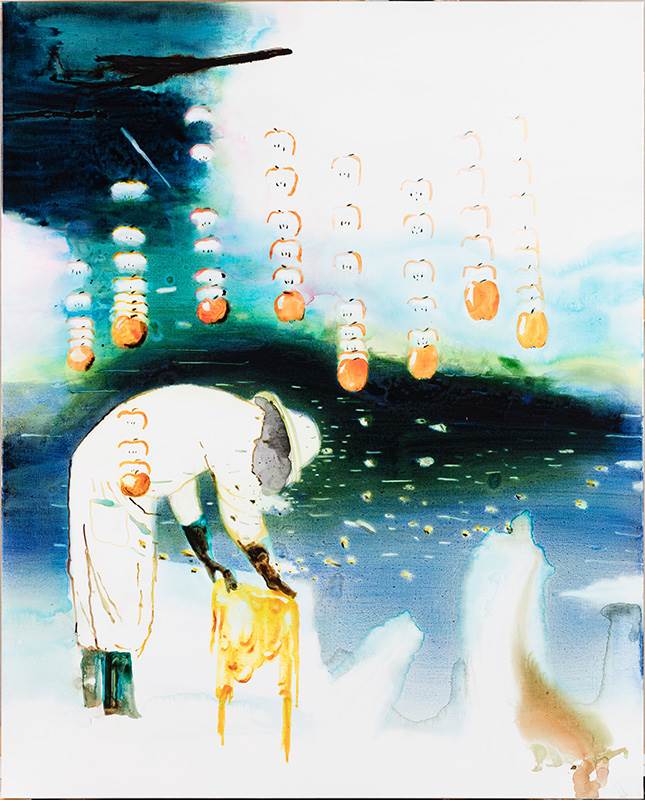 Victoria Miro is pleased to announce Apple Bombs, an exhibition of new paintings by the Copenhagen-based artist John Kørner, which opens at the Mayfair gallery on 8 April.

Painting, for Kørner, serves the unambiguous, if impalpable, function of exercising the imagination much in the same way as a bicycle stretches out the legs. The artist’s previous work has variously taken the situations of sex workers and Danish soldiers killed in combat in Afghanistan as points of departure, alluding to its topical content with various degrees of abstraction and metaphor; in this exhibition, aspects of contemporary geopolitics including imbalances of wealth and the displacement of populations are obliquely problematised. Rather than predetermined allegorical narratives, the paintings in Apple Bombs present a constellation of seemingly incongruous pictorial elements in which the viewer is caught up, setting in motion dialogues concerning wellbeing, human relationships, consumption and survival.

Subject to the alchemies of representation, recognisable fragments taken from everyday life re-emerge suspended on the two dimensional planes of Kørner’s canvases, occupying an abstracted or ambiguous landscape that seems to vibrate with potential. This open-endedness makes an unstable tool of paint, exceeding conventionally understood boundaries between objects. Architecture Lines and Architecture Dots, two works from 2015, are punctuated by apple shapes that remain only barely within the realm of figuration, seemingly continuously emerging in towers of rhythmic brushstrokes as if performing an impulse towards abstraction. Departing from the objective existence of buildings, architecture is detected as a felt presence in these works: a series of fleeting impressions.

These mutable fruits continue to fall in hypnotic grids across the artist’s newest works, where they descend to meet men running as if headlong at the viewer, and veiled beekeepers who assiduously tend to their charges – or, perhaps satiated by honey, relax before the riches dropped at their feet. It’s an abundant, if restless, world these figures inhabit, a fertile place of easy pleasures quickened by certain tensions – apple-missiles, discharged by planes, are objects of desire, or perhaps agents of explosive transformation. Yet, this world is also home to certain lingering darknesses that shadow its fluid land, sea and sky-scapes rendered in surges of watered-down acrylic paint. Illuminated by flashes of negative white space, these paintings sustain an unresolved quality that leaves plenty of room for the viewer’s imagination to go to work, configuring, creating narratives, or thinking through previously unmade connections. With Kørner’s trademark lightness of touch and painterly dexterity, the work oscillates between external realities and the subjective textures of experience, finding potential in the painterly space that exists between the two. 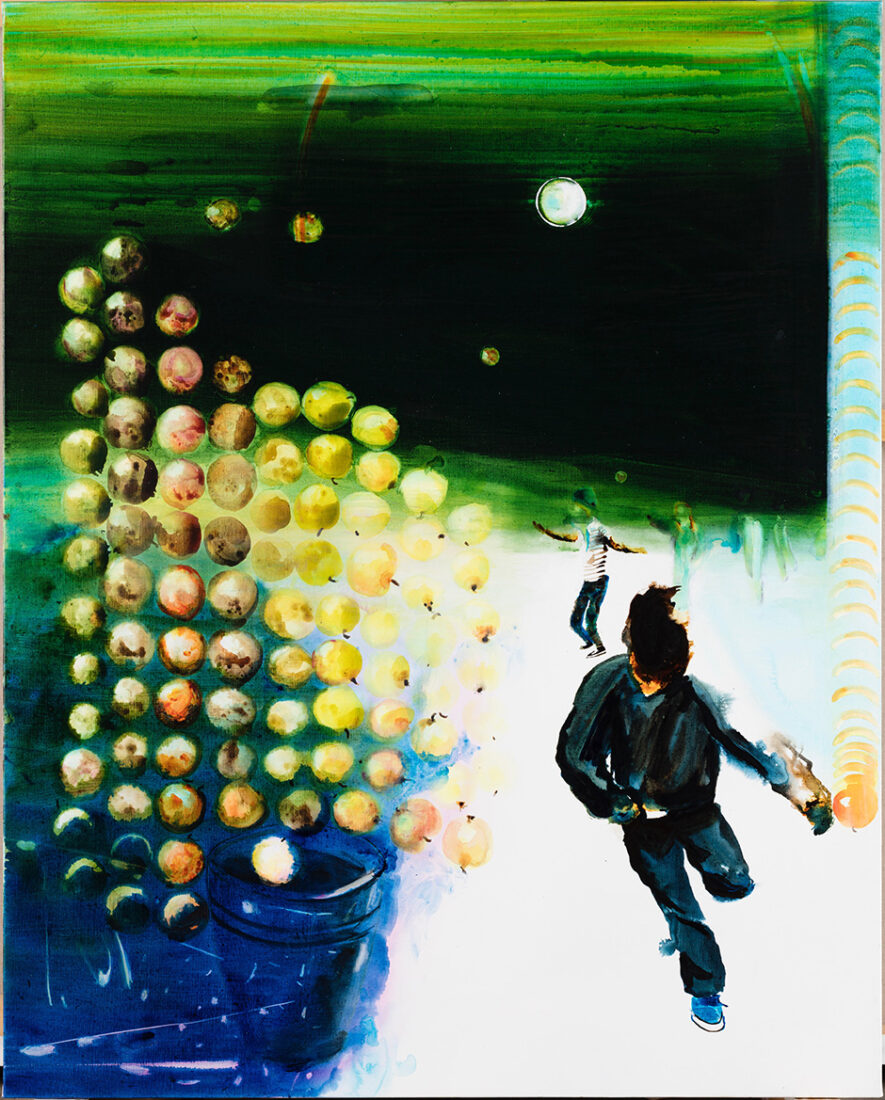 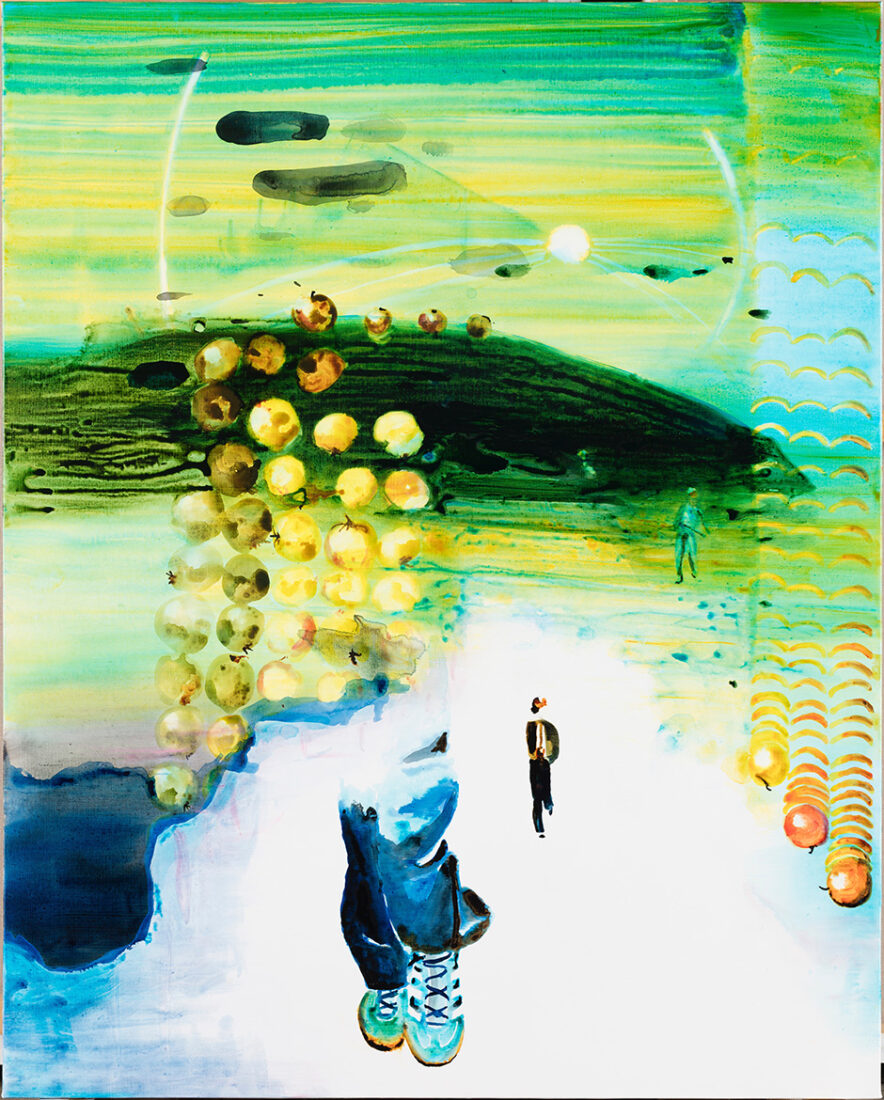 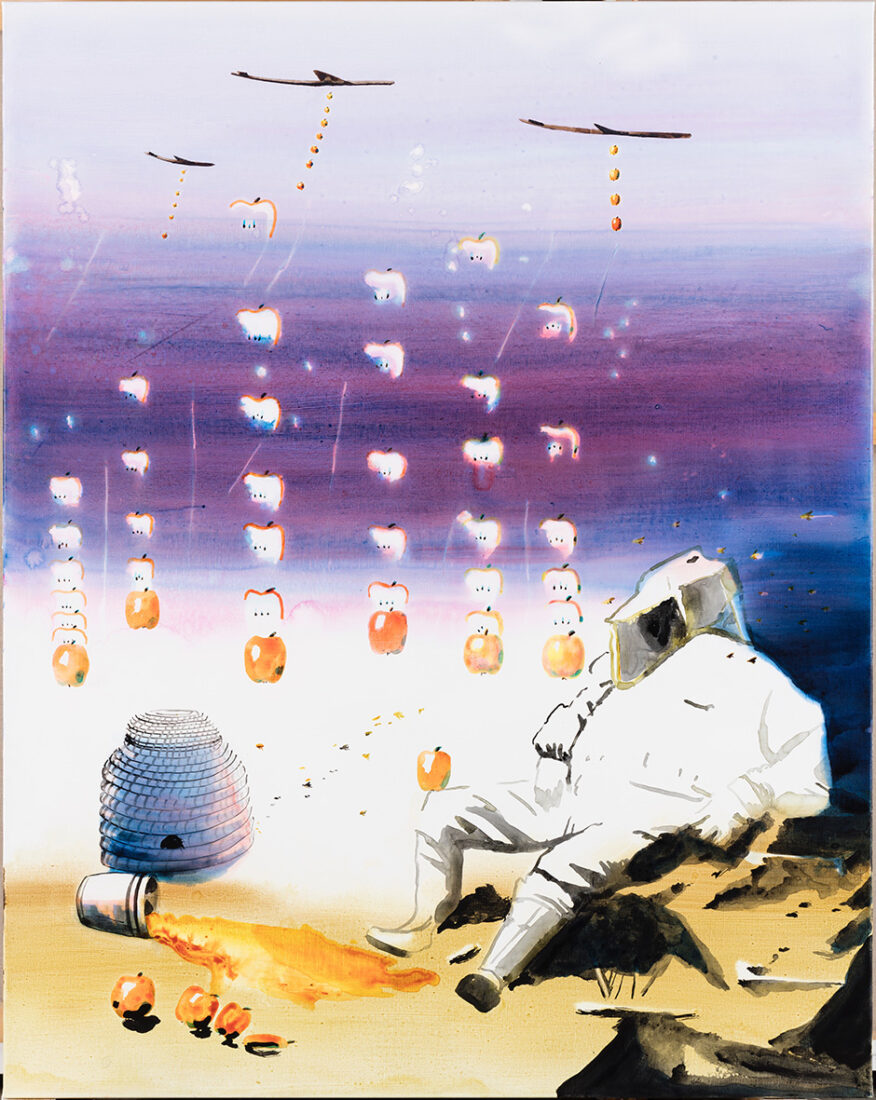 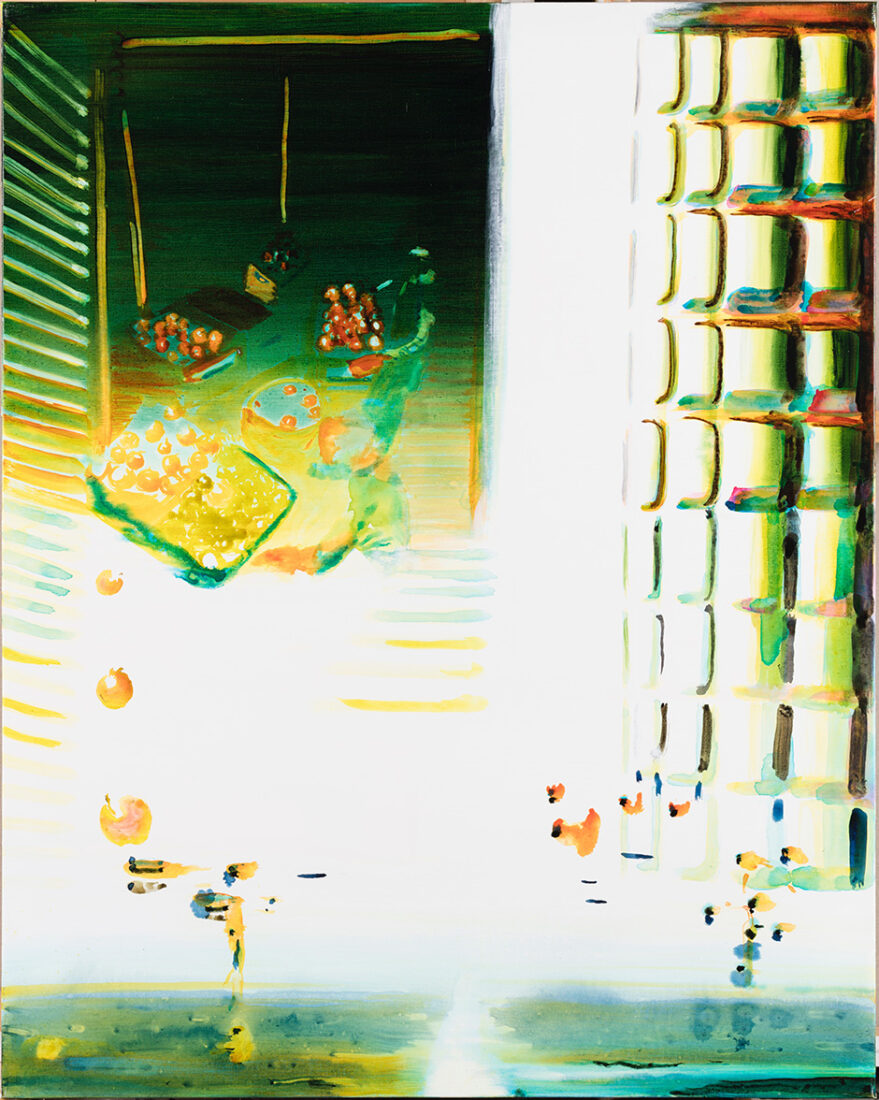 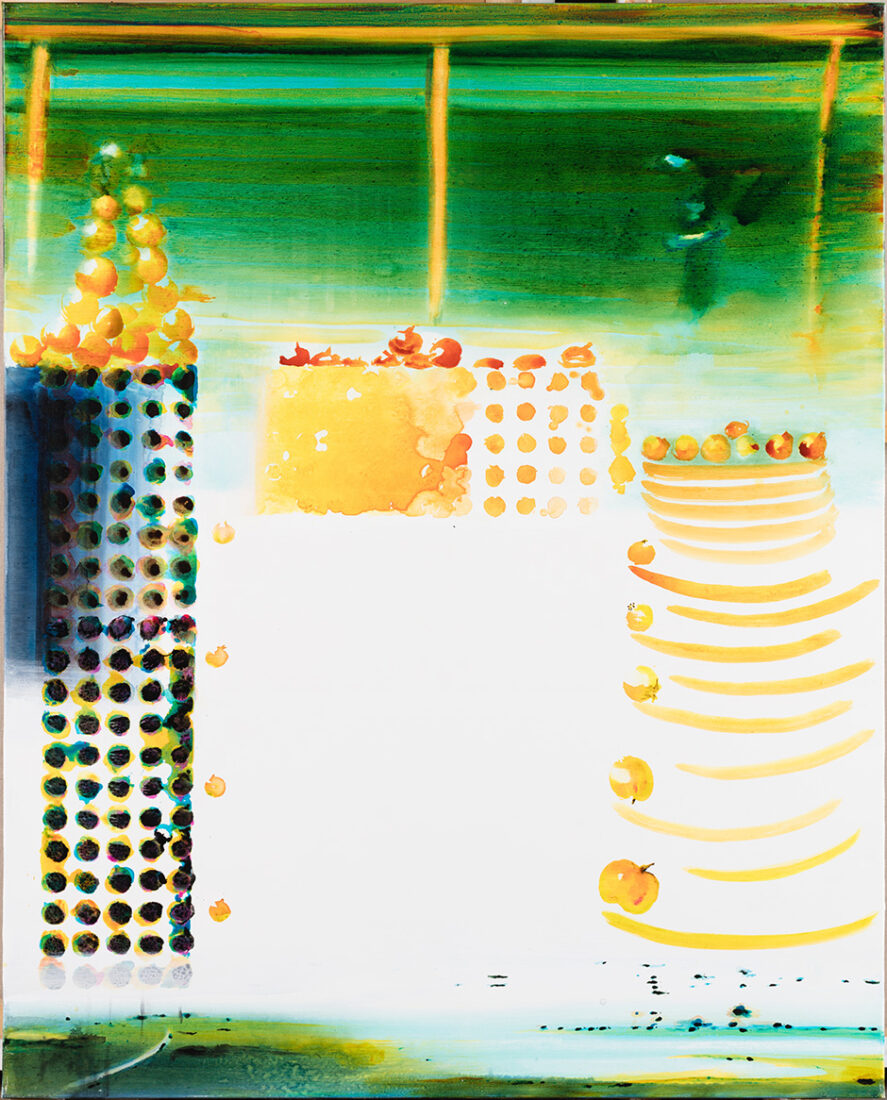 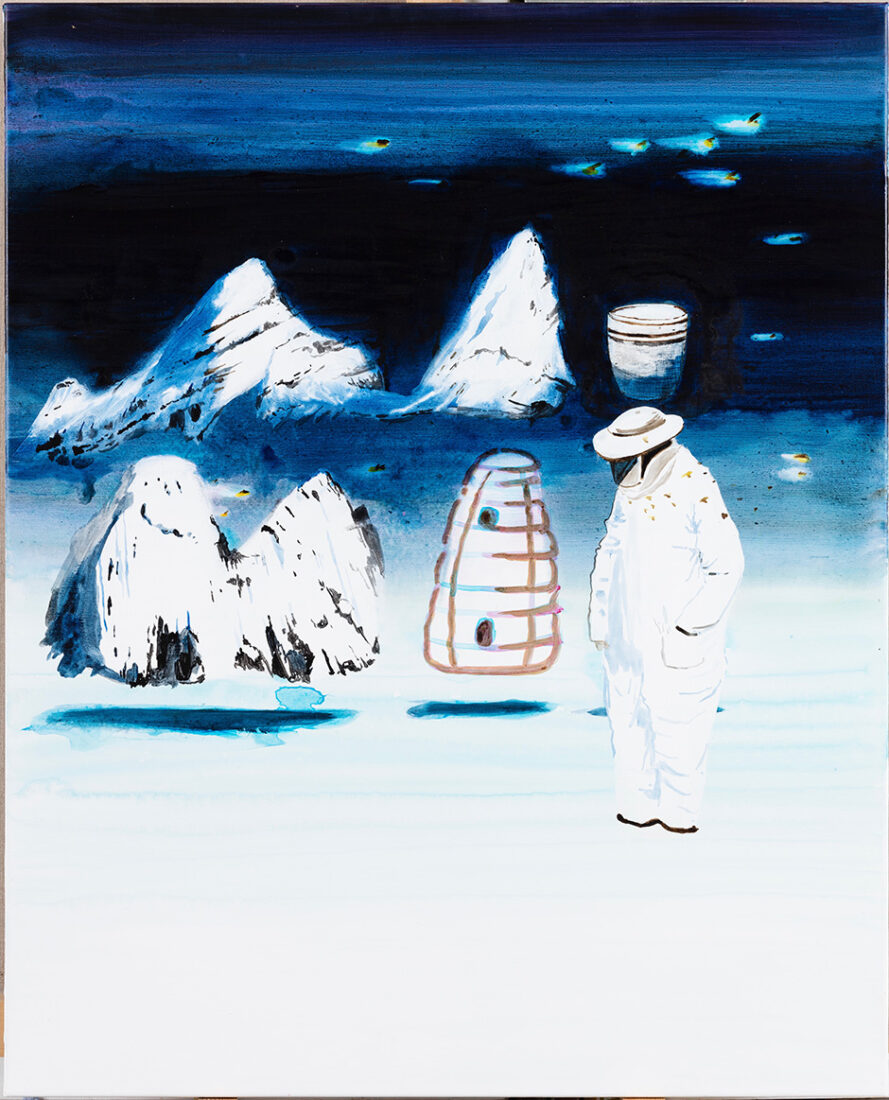 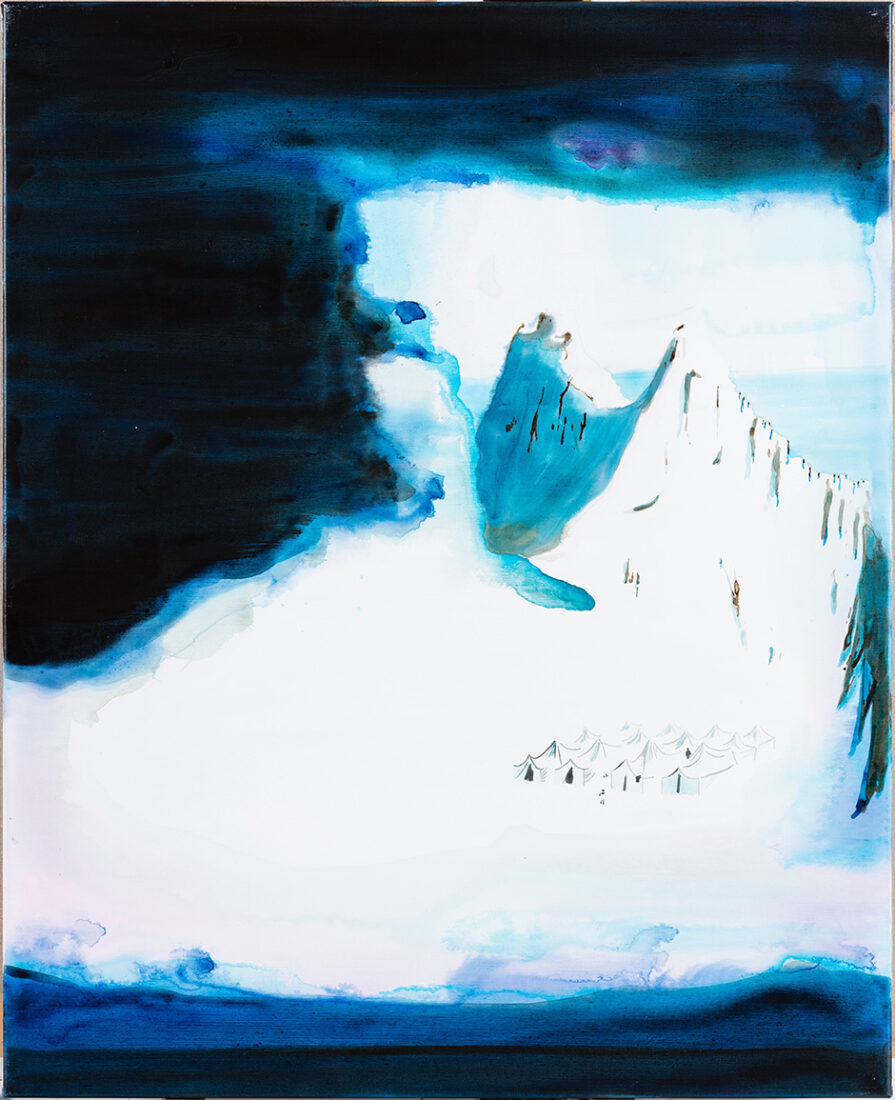 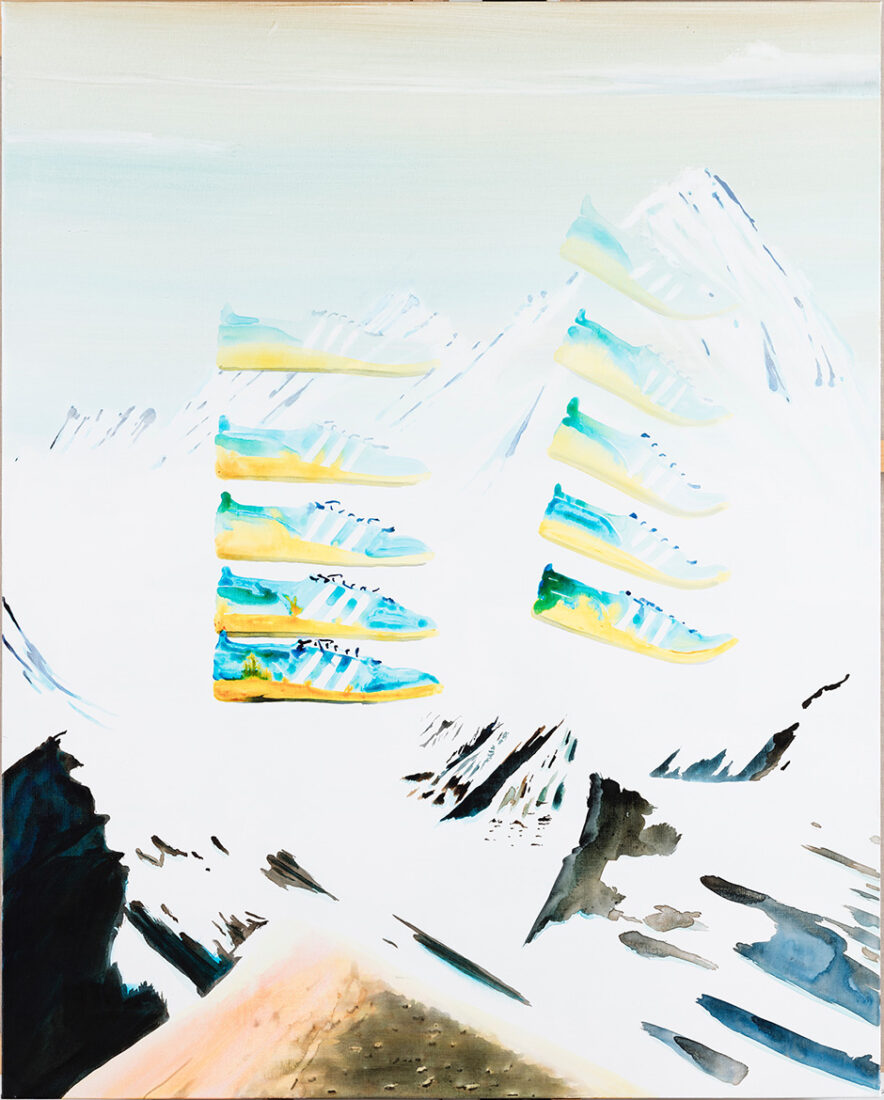 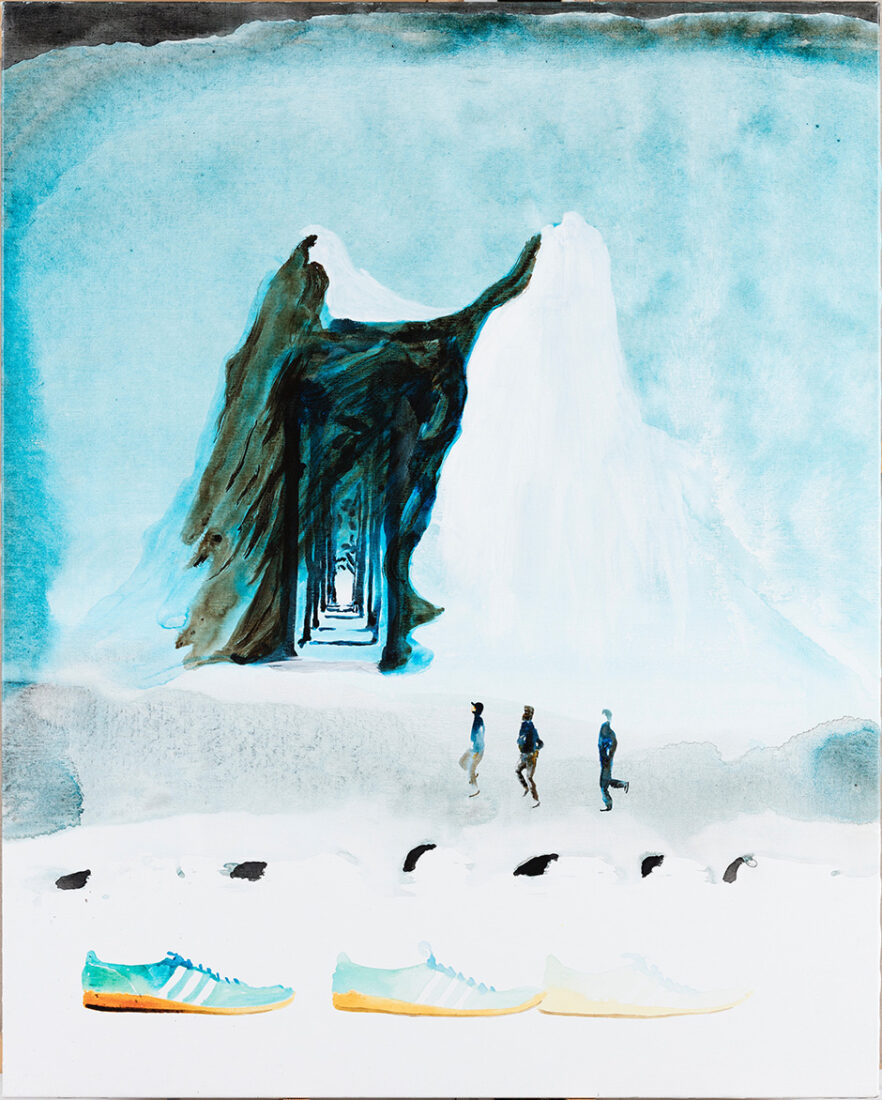 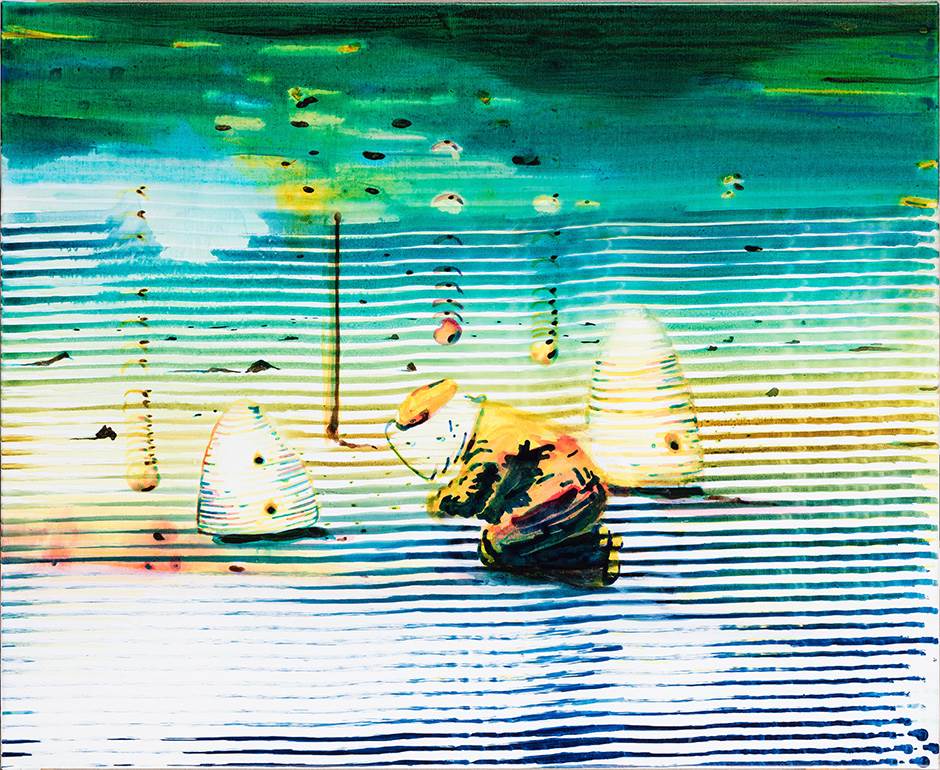