Life in a Box 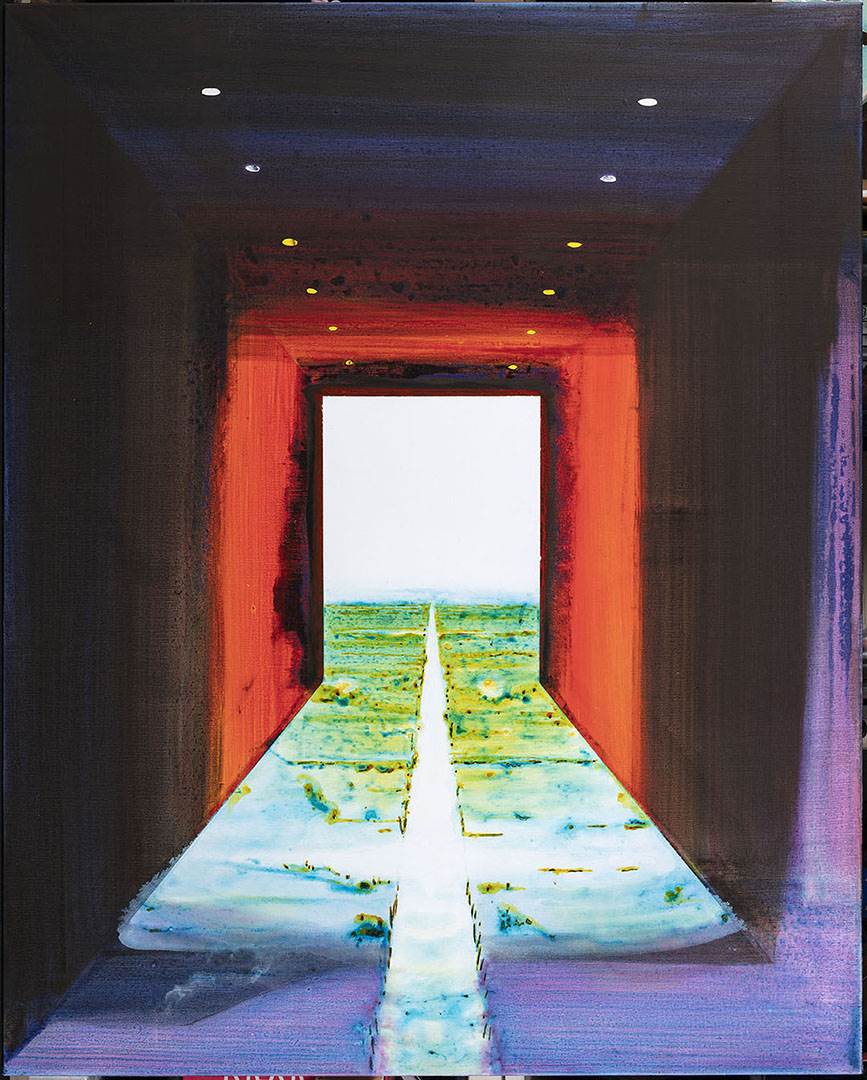 Life in a Box

A painter of erudite, questioning canvases in which topical content is tackled with various degrees of abstraction and metaphor, John Kørner has developed a wide-ranging practice that speaks beyond the boundaries of the painted image to include installations that transform the viewer’s experience of three-dimensional space. He is celebrated for his ongoing ‘problems’ – egg-shaped forms that appear in his paintings and as sculptures created in a variety of materials, sizes and colours, which allude not to specific problems per se but to the nature of problems as they emerge, are represented and comprehended in the world.

The title of this exhibition, the Danish artist’s fifth solo show at the gallery, refers to the things – physical, emotional, conceptual – that constrain us and the ways in which we attempt to outrun or overcome them. The accelerated pace of contemporary life is a conceptual touchstone across the two- and three-dimensional elements on view, which draw on ideas of altered states and the sublime in nature while investigating the aesthetics and codes of sport as both a competitive pursuit and a galvanising spectacle. For Kørner a social aspect is key, and the exhibition is conceived to invite camaraderie and participation, as well as alter notions of  momentum and scale, as viewers move through the gallery space.

A number of paintings feature running figures, moving towards or away from the viewer, singly or in pairs. Here, Kørner equates the idea of running with the fundamental experience of life, of moving physically and mentally from one place to another, always on the move. While he often uses areas of white in his paintings to represent empty space, in works such as Leaving the sun, 2018, yellow denotes an inner world and a transition between states (Kørner’s signature use of the colour stems from a motorcycle crash when, having lost consciousness, he awoke to the experience of being in a yellow room). Other paintings feature geometric forms that puncture the abstract field in the manner of doorways, frames or boxes, and familiar motifs from Kørner’s oeuvre, such as the mutable form of apples, sometimes falling through space, or appearing to disintegrate into the realm of abstraction.

Running – to win, stay ahead, keep up, or simply to stand still – is a theme that, elsewhere, extends into three-dimensional space. A section of the first-floor gallery is carpeted with the numbered lanes of a running track, its curved form leading not to a finish line but curtailed by a gallery wall. If this running track functions primarily in the realm of metaphor, other aspects of the installation invite direct participation. Kørner has long been of the opinion that art should exercise the imagination like a bicycle stretches the legs. A new version of Stadium Bike is operated by a single cyclist who propels up to 14 viewers at a time along a track in front of a panoramic painting of a majestic waterside mountainscape – titled Twelve Hours, 2019, this encompassing work is divided into twelve vertical bands that correspond with the rise and fall of the sun. Pointedly – comically – slower than one could walk the same distance, this ‘tour’ seizes upon the idea of the picturesque and sublime, and their relation to solar and geologic time, and how we are transported metaphorically by an image. Equally, it dramatises the fundamental experience of looking at art in a gallery – a communal experience driven by a single creator with individual responses unique to each spectator. For those with a head for heights, the exhibition will also feature a version of the artist’s GYM BAR, 2015, a climbing frame that doubles as a bar where a welcoming shot of alcohol, with its own transporting effects, is on offer at designated times throughout the course of the exhibition.

An exhibition that deals with velocity, freedom (both creative and personal) and control, Life in a Box is also one that foregrounds the rules by which we navigate the world and the relationships we forge as a result. Poised between competitiveness and conviviality, it offers an extended meditation on how we connect with art and with each other amid the flux of everyday life.

The text is from Victoria Miro Gallery. 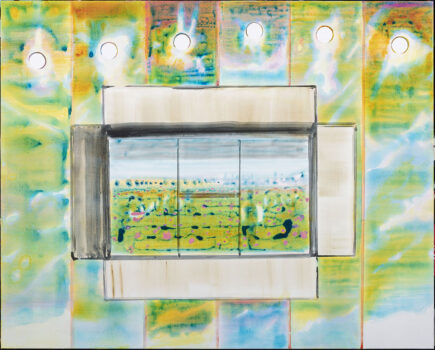 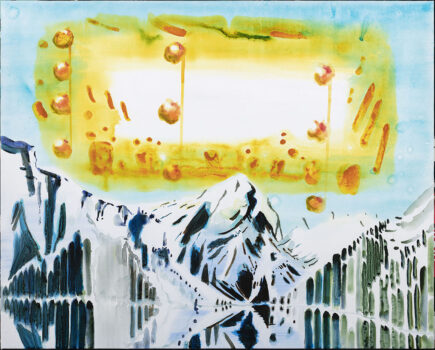 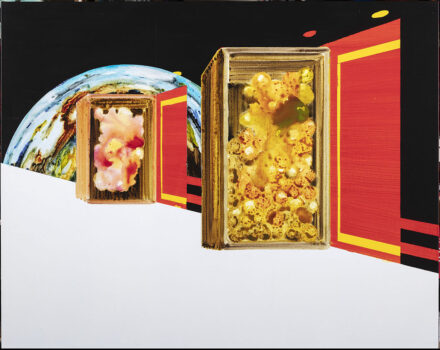 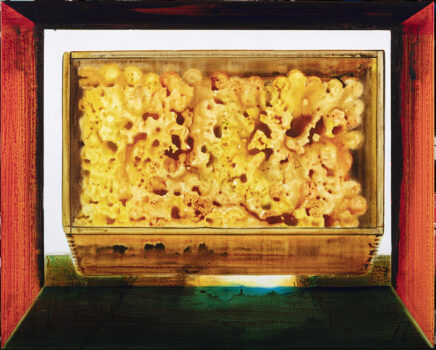 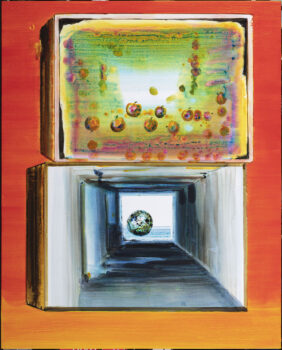 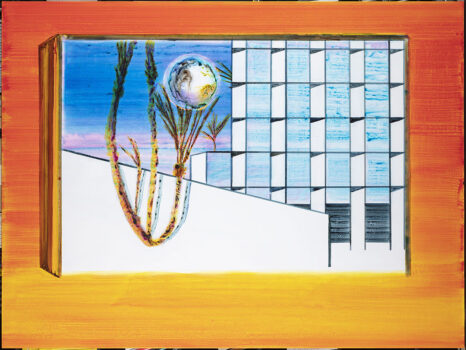 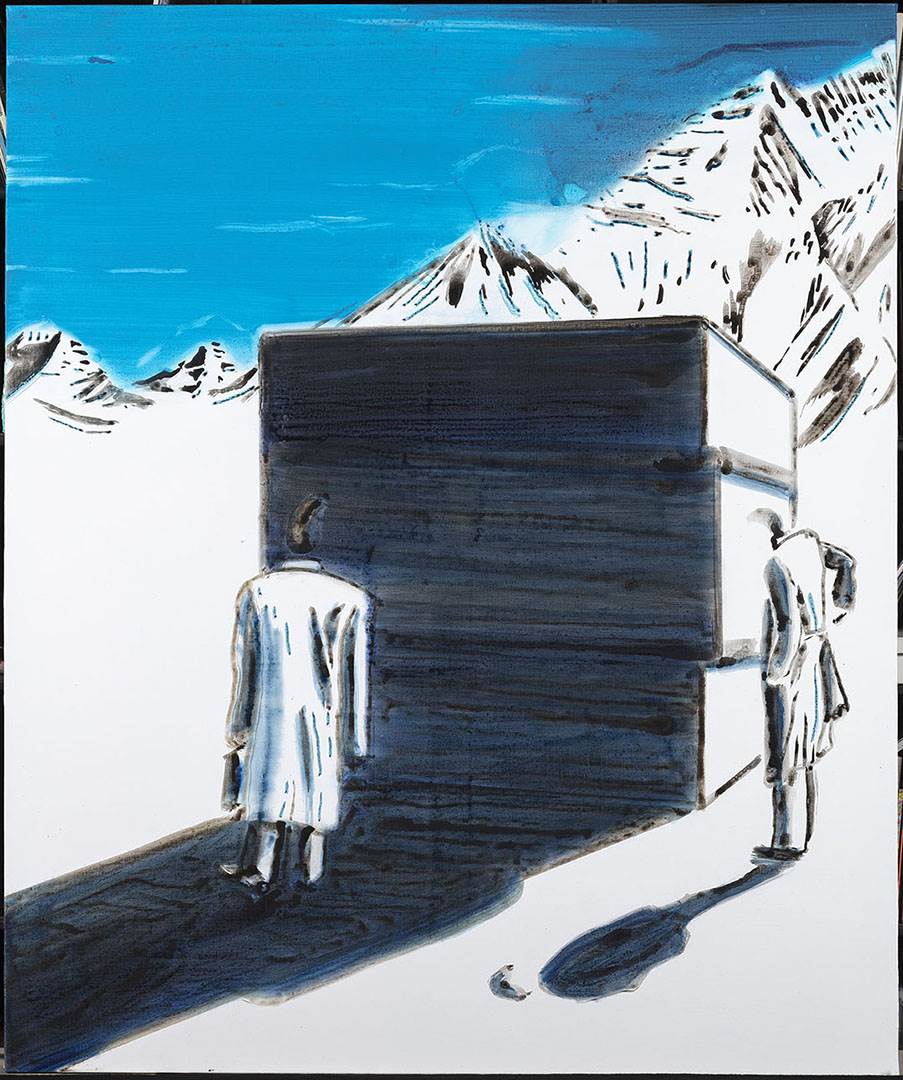 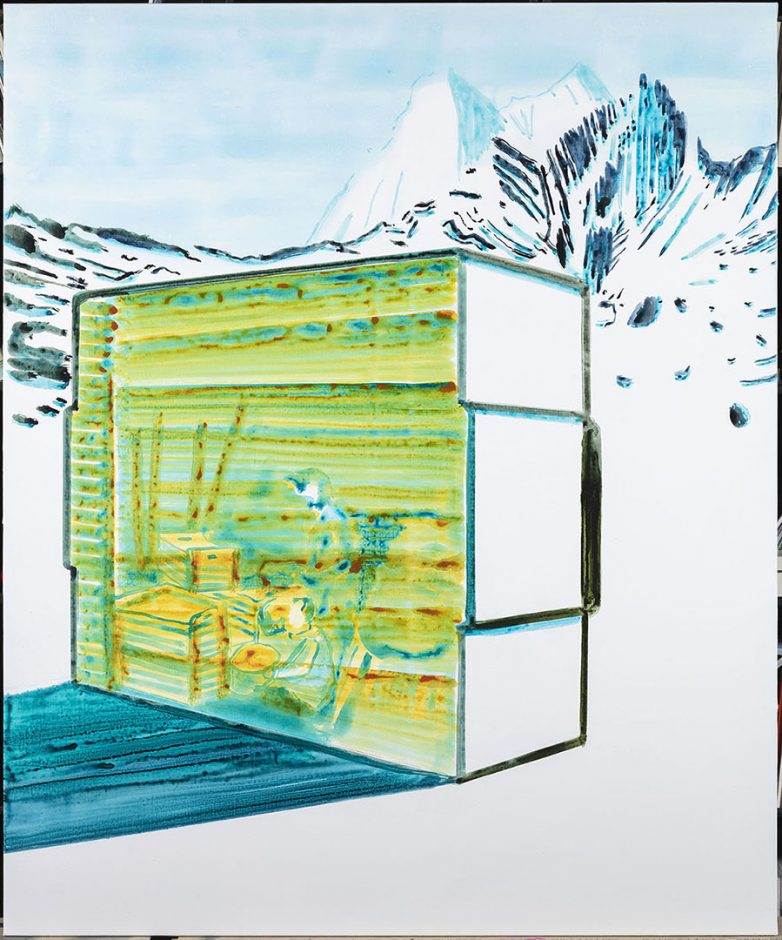 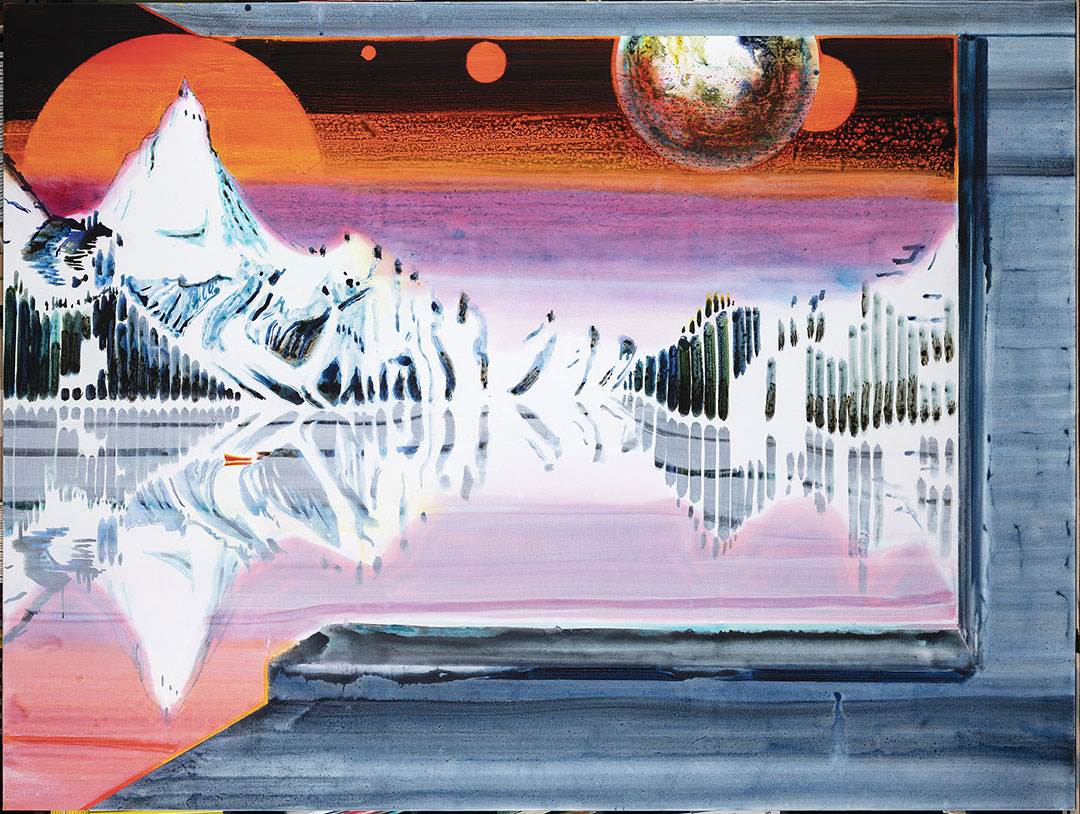 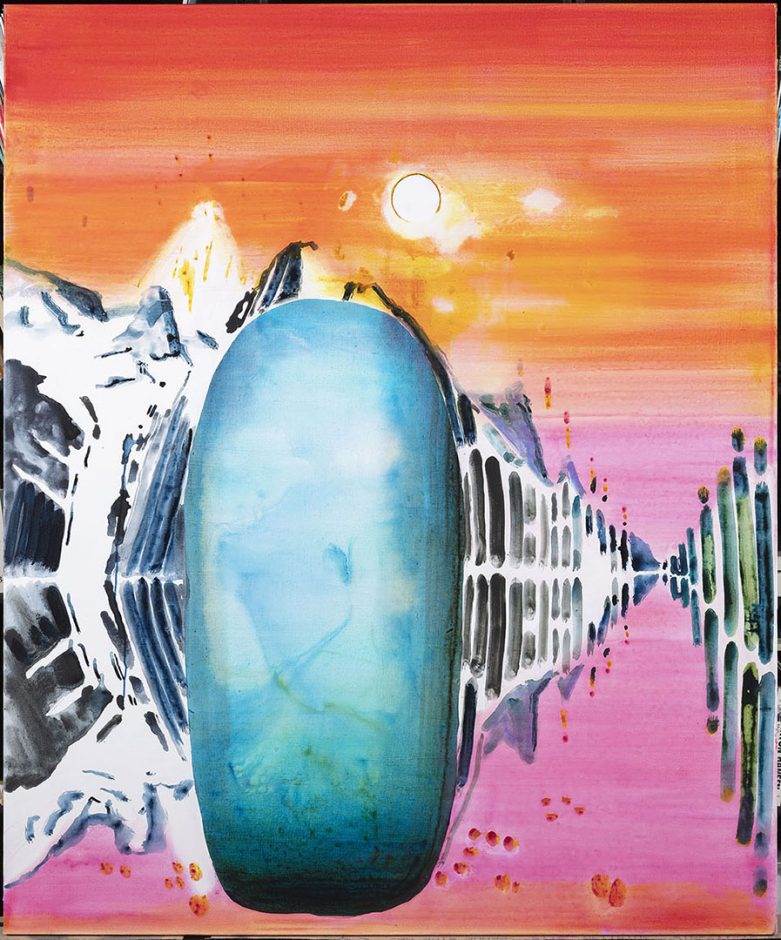 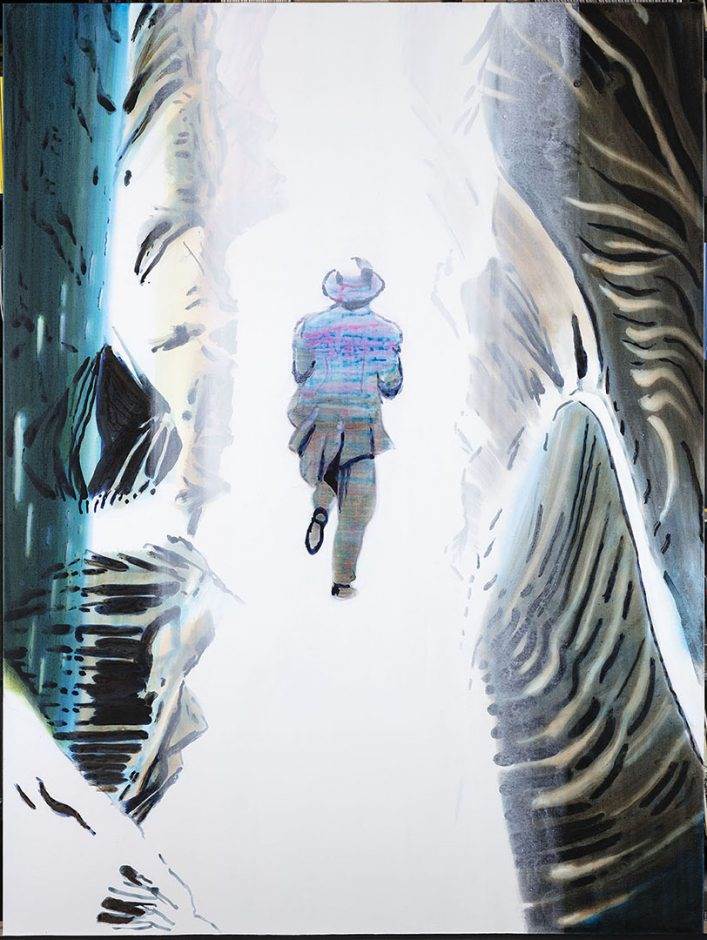 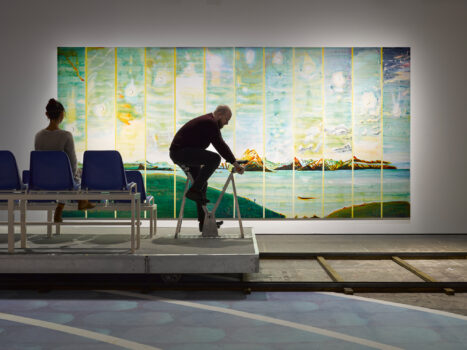 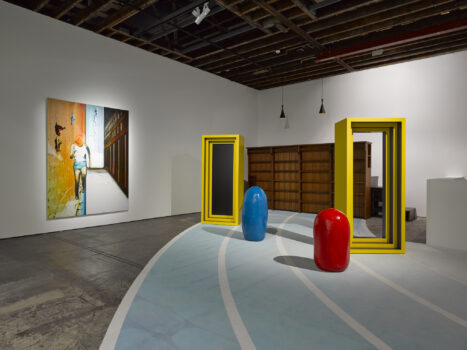 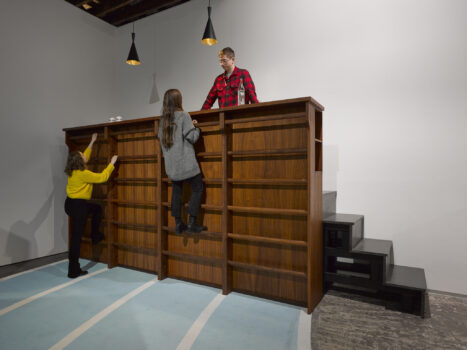 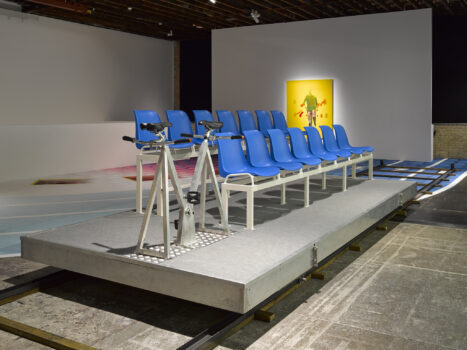 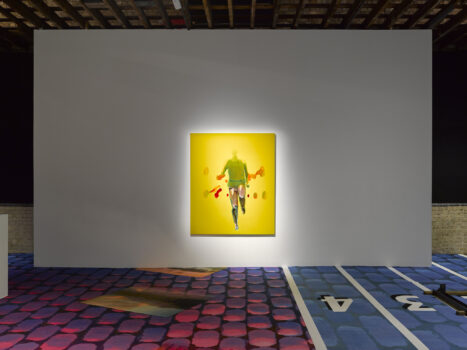 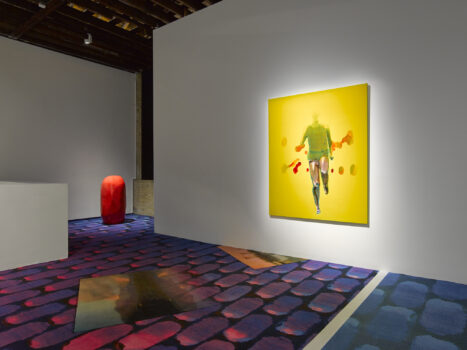 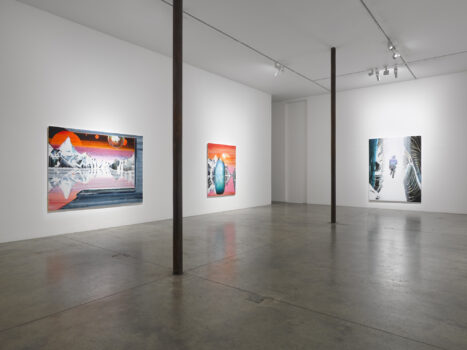